Terroir. This was the theme term in the Truth in Terroir seminar led by moderator Mark Shipway, DipWSET, during the Vancouver International Wine Festival held February 24-March 4, 2018.

The panel of terroir-driven wines.

Panelists at the seminar covered the wine world nicely; everyone from winemakers to proprietors to export market managers were ready to talk about the cause-and-effect of what happens in the vineyard to what ends up in the glass. At the heart of the discussion, panelists were trying to reveal what truth there is in our notion of “terroir” and how it plays out from growing grapes to bottling vino.

While at times the discussion went into the technicalities of the wines being poured, there was a sense by the end of the seminar that terroir is an important concept in the winemaking process – at least to these panelists. By this I mean that there are many who realize how important terroir is in the identification of a wine growing region, and there are those of the party who call hogwash.

Quite clearly near the end of the seminar, Shipway made a bold statement – that “the notion of terroir [is] a moving target”.

Shipway wanted to confirm the notion of climate change with the panelists, and provided each an opportunity to discuss if they thought climate change was influencing the process of getting wine into the bottle.

Matt Dumayne, Chief Winemaker at Haywire in the Okanagan, said he has seen “small temperature changes” but nothing major. Antonio Morescalchi, founder of Altos Los Hormigas, adamantly supported the notion that climate change is highly effecting grape growing. In recent years, Morescalchi has witnessed daily drizzle in a place which receives very little annual rainfall. Many vineyards have lost 50% of their crop to mildew. Joan Cusiné, proprietor of Gratavinum/Parés Baltà, called the last three years “terrible”, and sadly educated us on the fact that there has been a 30-60% decrease in crop due to dryness. In his beautiful accent, he said, “No water, no life”.

And that wasn’t the end of it, but Morescalchi expressed that the “concept of terroir is the concept of shared knowledge”. If that was food for thought, then I am hungry.

Some of the truest expressions of Malbec.

So, what exactly was Morescalchi getting at? To the average wine aficionado, terroir is the ground in which the grapes were grown and how the wine expresses itself post-vinification. I did not have a chance to ask him, but what I speculate Morescalchi was getting at was something deeper. We can only really understand one plot of land if we can understand the plot of land next door. Shared knowledge means we all win.

At the seminar, we were able to taste some fantastic wines that were uniquely terroir-driven. Haywire shared their Free Form White – a natural and unfiltered wine – which was one of the most aromatic British Columbia white wines that I have ever smelled. 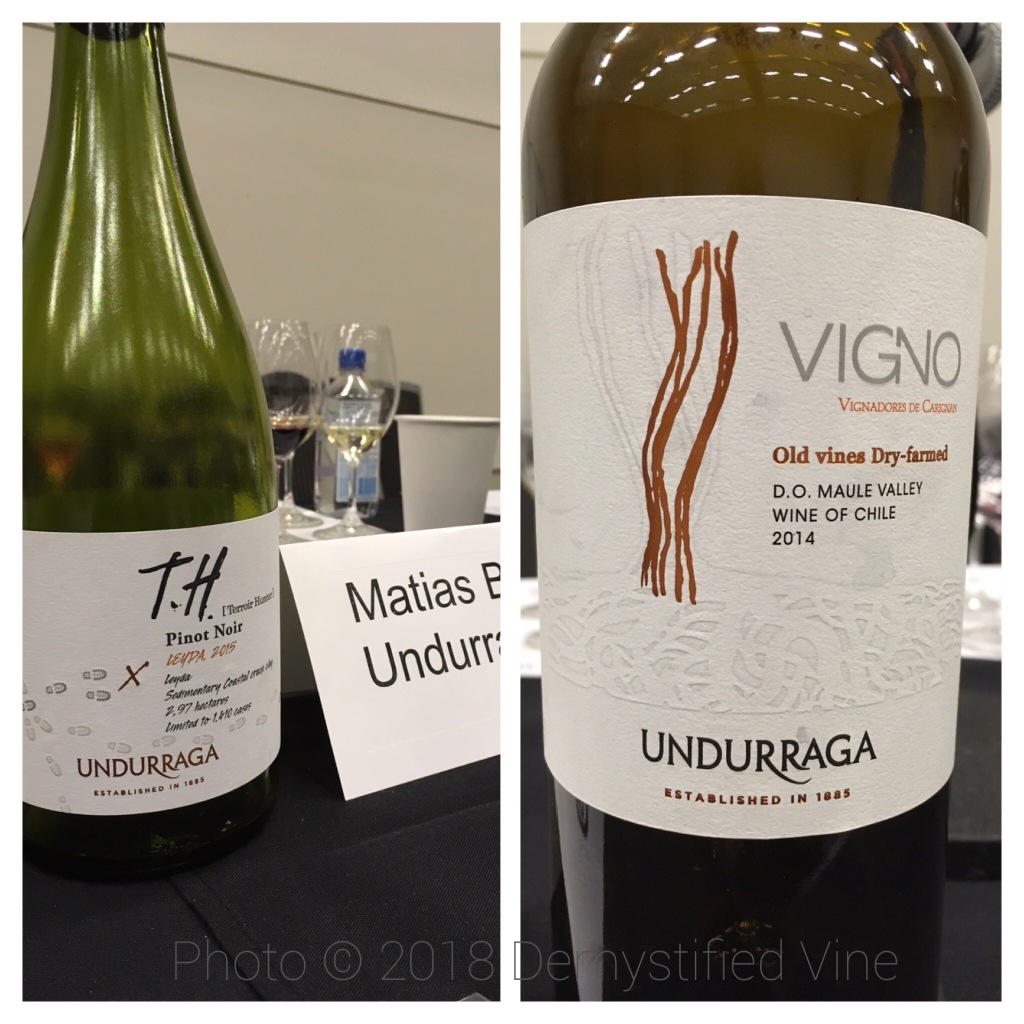 Thomas Grootveldt, Export Manager for Cleto Chiarli (Italy), shared some terroir-influenced Lambrusco from the Emilia-Romagna region. Grootveldt noted that Lambrusco is an “old, traditional-style wine” which “leaves your mouth clean and washed”. Shipway added that Lambrusco is “a gastronomic wine for Emilio-Romagna”. I nodded my head in agreement, as I recalled the old saying, “if it grows with it, it goes with it”.

Joan Cusiné shared his Parés Baltà Amphora Roja Natural Wine which was made from 82 year old Xarelo bush vines, and his Gratavinum Silvestris DOQ Priorat 2016 which, was partially fermented in amphorae made from the iron-rich clay in their vineyards. How much more terroir-driven can you get?

Varying expressions of Lambrusco from the same region.

Matias Barros, North American Sales and Marketing Director for UNDURRAGA Chile, shared a Pinot Noir from T.H. (Terroir Hunter) out of the Leyda region and a Vigno Old Vines Dry-Farmed Carignan from the Maule Valley. Barros expressed that the “small plots” of grapes highly contributed to the “elegance” that these two wines showed. Shipway asked Barros, “Where do you see Leyda as an expression of place in the future?” to which Barros replied, “I think Leyda’s getting its own place, […] it’s gaining more attention because they have a developing sense of place.”

So, what of a “sense of place” if terroir is a “moving target”?

Undeniably, the concept of terroir is a global phenomenon; folks in the wine world are talking about how terroir effects wine and take it quite seriously. Though I think it boils back down to the fact that in the wine world, we will never know everything – even if we try to understand it all. And with the ever-changing climes on the globe, we must all band together to try to taste, document, experience, and remember the ephemeral spirit that is terroir as we know it today.

It was an honest pleasure to share this seminar and tasting experience with all of you.